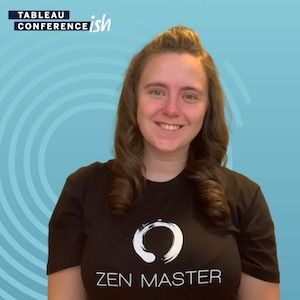 Lorna started her data journey during her masters degree in 2014. Due to her love of sports and data, she became part of the second cohort of The Data School UK.

Once Lorna had finished The Data School, she went on to speak at many Tableau Conferences, which involved Speed Tipping. She did this with Ann Jackson, Head Coach of Data School New York.

Now Lorna co-lead the community initiative Workout Wednesday with several others and also co-leads the North West UK Tableau User Group. She is also the author of Tableau Desktop Cookbook (2021). Lorna is one of our Tableau Visionaries and Tableau Public Ambassadors.

In her spare time she loves her cats and sports, especially Rugby League.